Last month’s pre-menstrual were monstrous. In fact the last couple of months were somewhat a horror on its own. I swear my hormones were erratic. Mood swing were apparent in the week following to it. I would be easily annoyed by unsubstantial matter. Yet feeling completely content by equally unsubstantial matter. Not enjoying the monstrous appetite that’s coming with it.

But one thing amaze me. I have no pre-menstrual zits. NONE! Though I have a pretty calm skin when it comes to acne, but come that time of the month there’s bound to be one or two hormonal acne in sight.

I have no bumps. No dullness. Perfect clear skin all month around.

I come to believe this is part and parcel thanks to History of Whoo Bichup Soon Hwan Essence. I bowed to your greatness. Though somewhat normal in maintaining hydration but the efficacy of keeping my skin in its normal state floored me. Of course, this is also due to the fact that I’m being prudent about my skincare routine – sometimes 10 steps, no less. 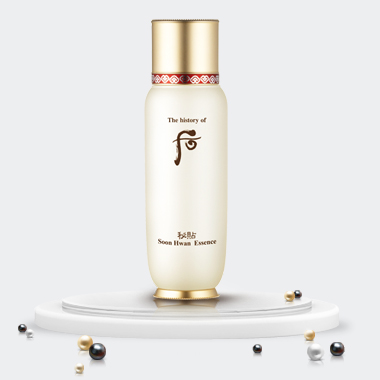 But that’s all about to change just because of one simple mistake named Astalift Essence Destiny. Raved and loved by many, but proven to be a complete bollocks on my skin. I have not one, but three zits popping in the two weeks that I used this essence. That’s is not counting the small bumps here and there. I’m appalled by how this product wreck havoc in my skin.

I should have just leave it at the perfect day in paradise with Soon Hwan *sigh*.

When things are good, stick with it!

Today is the day where they’re going to announce the Indonesian president-elect for the next term.

People said that this election signifies a big change – historical in its own way. I believe, whichever candidate that is given the mandate to become the next president, this election is still historical nonetheless. It’s not because of one or the other, but the nature of what’s going on in this election is what makes it so noteworthy for me.

Note that whoever win today, did not have a landslide victory. Which means almost half of the nation have an opposing view of who should lead the change in this next term. Because everyone believe their own version of change that they’re so yearning for. Never before have I seen friend, family or foe so divided or suddenly in bed with each other because they’re now at the opposite or same side.

To tell you the truth I was one of those people that are so happy that finally all of this is coming to an end. I was happy enough when the election day finally came because I don’t need to hear people poking at each other’s chosen candidate so crudely anymore. Don’t get me wrong, I have NOTHING against the campaign itself. But I have everything against judging people by their political choice or in this sake candidate. Probably I will judge them by the reason they chose the candidate itself – whether you’re on the opposite side or on my side. Because I believe in this election each candidate have their own version of skeleton in their closet. If people believe otherwise, so be it. But whoever becomes the president elect today, let’s just say they come with their own version of Pandora box.

Well, with that believe I have been poking at my own candidate of choice left, right and centre to really see whether I would have a strong enough conviction to vote for him – in my case it was them, the whole package, that wins me over. Because for me, this is not a matter of faith, it’s a matter of making an informed choice.